44 artworks are presented at the “Miradas 2018” exhibition. 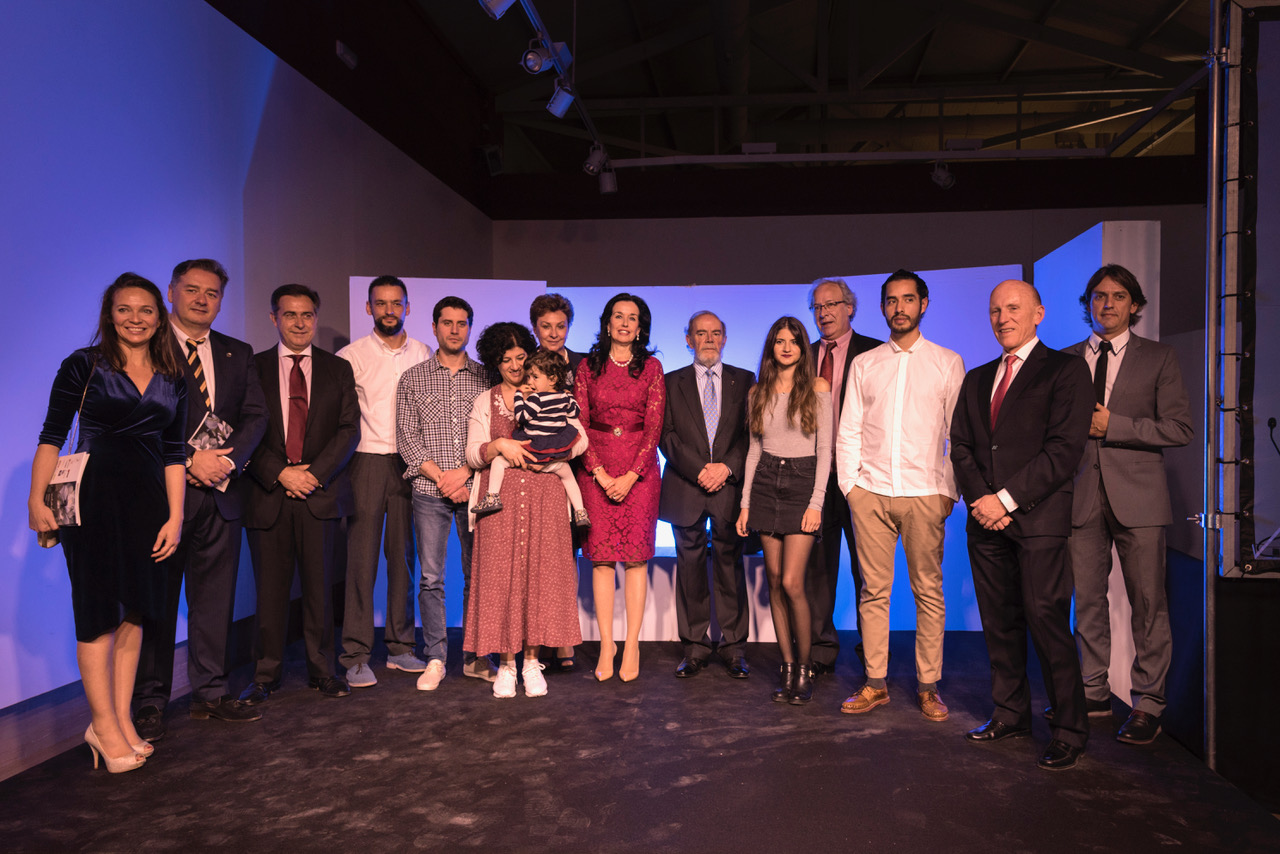 The names of the winners, whose artworks can be seen until May 20th at the Fish Market (la Lonja del Pescado) in Alicante, have been revealed. 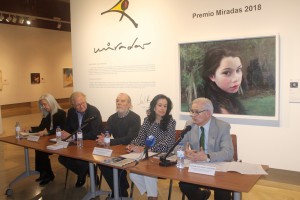 Today, April 19th, the exhibition of the XI National Painting Competition and the VIlI International Painting Competition “Miradas 2018” was presented at the Alicante Fish Market Exhibition Hall. The exhibition will be open until May 20th. The event was attended by César Augusto Asencio, Cultural Deputy of the Provincial Deputation of Alicante; Maria Lopez Iglesias, Executive President of the Alio Foundation; Blanca Pons Sorolla, President of the Jury and of the Permanent Commission of the Sorolla Museum Foundation; Joaquin Santo Matas, curator of the exhibition and member of the Royal Academy of Valencian Culture; Eduardo Naranjo, awarded with the Honor Award; and the winners of the “Fundación Jorge Alió” Prize and the “Honorable Mention to the Most Original Technique”.

“Miradas” is a painting competition organized by the Foundation of Jorge Alio for the Prevention of Blindness and devoted to vision.  The first edition was in 1998, so this year it celebrates its twentieth anniversary. It distributes more than 20,000 euros in prize money, and the winners have been unveiled already. Thus, the First Prize “Miradas2018” of 4,000 euros, sponsored by International Ophthalmology Consulting, was awarded to “Mirada de niña” (oil on canvas) by Leonor Solans Gracia, for being the best work which shows the importance of vision. The Second Prize “Fundación Jorge Alio” of 3,000 euros was awarded to “Ceguera” (oil on paper) by Alejandro Martínez García, for being the artwork that best represents human values ​​in the prevention of blindness and eye diseases. 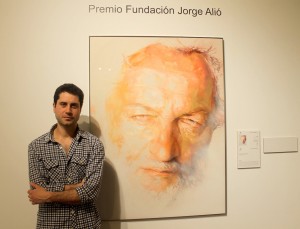 Moreover, the Prize for “The Best Emerging Artist” of 1,500 euros, sponsored by the Miguel Hernandez University (UMH) of Elche, was awarded to “La mirada del artista” (oil on panel) by Isabel Felipe Toledo. This award also provides the winner with tools and materials worth 800 euros, sponsored by Titan Arts. Finally, the “Honorable Mention for the Best Composition” was granted to “No vemos mirando” (oil on linen) by Juan Manuel Rodriguez; and the “Honorable Mention to the Most Original Technique” to “Karla and Juan” (acrylic and embossing on paper) by Yoshimar Tello Delgado. Both winners are awarded with a reproduction of an artwork, which they can choose from the “Miradas” collection.

“The Best Professional and Artistic Trajectory” prize, supported by the Artists Association of Alicante and the Adire and Blue Green Medical, was given to Eduardo Naranjo in recognition of his brilliant and long art career. He created “El universo en la Mirada” (oil on canvas) for the exhibition. It should be mentioned, that his works are imbued with magical realism. Thus, the judges decided to not award the Prize for “The Best Artist with Visual Disability”, for the ONCE members, sponsored by the “la Caixa” Welfare Projects.

A total of 160 original artworks were presented from all over the country, of which 34 paintings were selected for the competition. The eight prize awarded and the 26 finalists artworks are on display today, together with the 10 winners in the category “Miradas” since 1998. The aim of this event is to recognize the work of artists and their ability to raise awareness on the importance of eye care and the prevention of blindness through their artworks.

As for the members of the jury, along with Blanca Pons Sorolla, the Joaquin Sorolla´s great-grand-daughter, there also was the curator of the exhibition Joaquin Santo Matas, 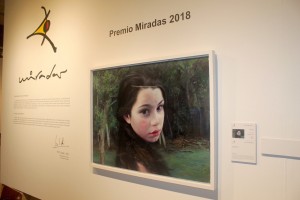 historian, art critic, member of the Royal Academy of Valencian Culture; Juan Antonio Santos Pastrana, artist and the member of the Artists Association of Alicante; Jose Luis Martinez Meseguer, curator and art critic; Federico Lizon architect, sculptor, painter, photographer, filmmaker and expert in new technologies and its application to art; Benjamin Weil, artistic director of the Botin Santander Art Center; Macarena Palma, exhibitions and museums manager and the head of the Social Project CAM Artistic Heritage; Salvador Gomez, Doctor of Fine Arts at Gravina Museum of Fine Arts  (MUBAG); and Miguel Lorente professor of painting at the Faculty of Fine Arts at the UMH in Altea and also a grandson of the famous painter Sorolla.

Among the assistants we should mention Fernando Mateo, President of the Artists Association of Alicante; Jesus Lozano Saorin, plastic artist, “The Queen Sofía Extraordinary Award” and “The Best professional and artistic trajectory award ‘Miradas 2014’” winner; Maryla Dabrowska, artist and Honorable Mention for “The Best Composition ‘Miradas 2016’” recipient; as well as the collaborators and representatives of the Alicante society.