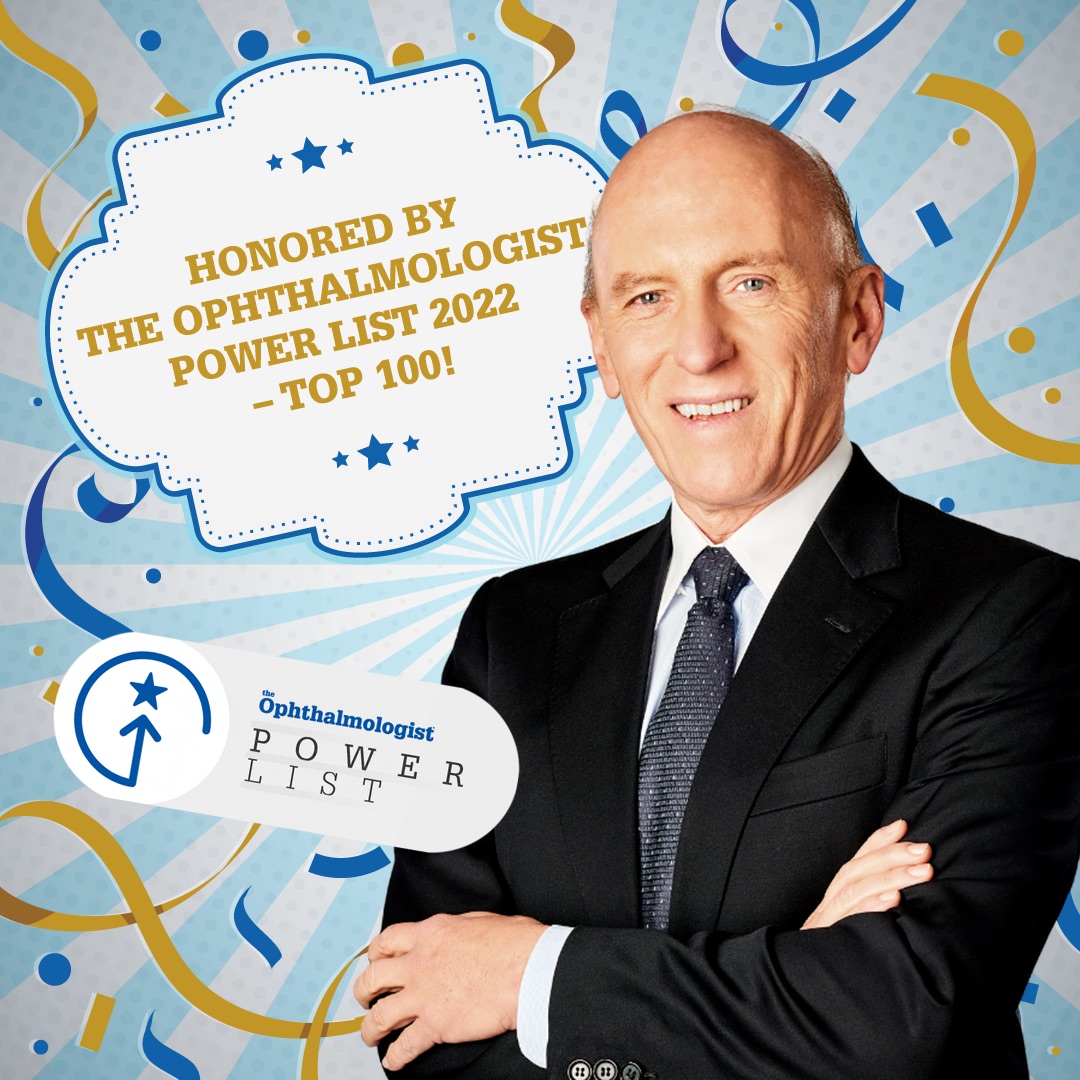 This is a new milestone for the professional career of Dr. Jorge Alió, who once again stands out as one of the 100 most influential ophthalmologists in the world by being the only Spanish doctor present in this international classification. This recognition has been included in ‘The Power List 2022‘, a classification that is released biannually by the English magazine ‘The Ophthalmologist’. This is the fifth time that the Ophthalmology professor at the Miguel Hernández University (UMH) of Elche appears in this prestigious publication. Since its first edition in 2014, the expert from Alicante in the anterior segment has been a remarkable figure in the scientific journal, considered one of the most important of his sector.

One more time, Dr. Alió received this honorable recognition, along with thousands of votes that helped him to be selected by a 20-member international jury from a final list of more than 450 names of experts and renown professionals. “This year’s list highlights the brightest geniuses in clinical practice and vision research, as well as the emerging talent of these times” stated the editors of ‘The Ophthalmologist’. This publication is a great opportunity to celebrate ophthalmology, one of the most forward-thinking fields of clinical practice and research.

Among the 100 most reputed ophthalmology professionals

This appearance among the 100 most reputed ophthalmology professionals in the world, is a new success in the extensive and fruitful Jorge Alió’s career, who was also part of the ‘Forbes’ list of the 100 best doctors in Spain, resulting in one of the six Spanish ophthalmologists mentioned so far. He also recently received recognition as one of the doctors best rated by patients from ‘Top Doctors’ Spain. This medical reference portal certified his excellence and professionalism by obtaining the highest score from his patients.

A new milestone for his professional career

Dr. Alió’s extensive career has led him to be the coiner of the concept of micro-incisional cataract surgery (MICS), as well as a pioneer in the area of Multifocal Intraocular Lenses (IOL) and Refractive Surgery with Excimer Laser and Phakic Multifocal Intraocular Lenses (IOL), with more than 55.000 interventions during his professional life. In addition, he is one of the leading international experts in keratoconus, presenting a novel pilot research with advanced stem cell therapy.

Currently, Dr. Alió is a member of the Board of Directors of the European Society of Cataract and Refractive Surgery (ESCRS), and ‘Expertscape’ places him at the top of eight ophthalmological references: Refractive Surgery, Intraocular Lens Implantation, Ophthalmological Surgical Procedures, Hyperopia, Intraocular Lenses, Multifocal Intraocular Lenses, Laser-Assisted In Situ Keratomileusis (LASIK) and Phacoemulsification, the best surgical technique currently available for cataract surgery. He has also been distinguished with the Alberto Sols Award for ‘Best Research Work’.

Among his didactic functions and experiences, Jorge Alió has been a professor in Ophthalmology since 1987, first at the University of Alicante, and later at the Miguel Hernández University (UMH) of Elche, being responsible to teach Ophthalmology at the Faculty of Medicine. In addition, he is the director of the first online course in Refractive Surgery at UMH named ‘International University Specialization Course in Refractive, Cornea and Lens Surgery’, the most complete course on this filed at the moment, and available for the new generations of ophthalmologists, who want to stand out as future refractive surgeons.

It is also important to mention that his solidarity and altruism are also reflected out of the field of the strict medicine, in the ‘Jorge Alió Foundation for the Prevention of Blindness’, from where he promotes humanitarian actions such as the ‘Nouadhibou Vision’ Project -the first ophthalmological hospital in Mauritania-; as well as numerous cultural initiatives such as the ‘Miradas’ Painting Contest, a proposal that aims to raise awareness in society about the importance of visual health and the prevention of blindness through arts.