Dr. Jorge Alió alerts about the lenses which are said to correct myopia 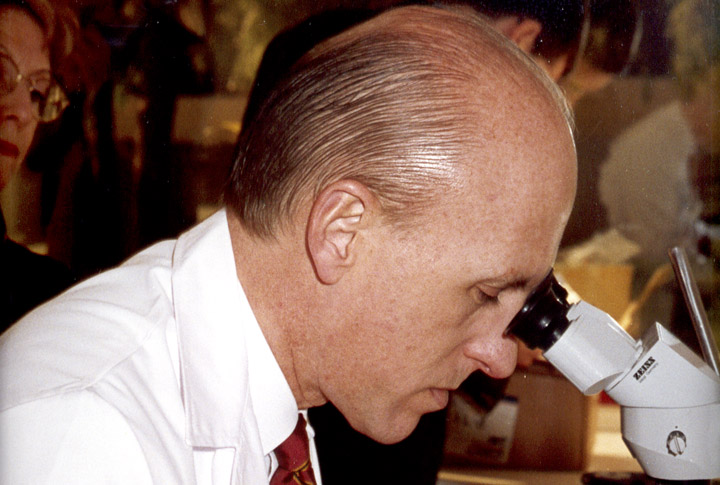 With the emergence of contact lenses which change the peripheral refraction of the eye and in this way can produce positive effects on myopic progression, Dr. Jorge Alió warns that “in principle, there is not enough scientific evidence to support this statement”. It should be reminded that Dr. Jorge Alió has been recently ranked tenth among the world’s most influential ophthalmologists. The list of 100 professionals, entitled “The Power List 2016”, was drawn up by the British magazine ‘The Ophthalmologist’, one of the most prestigious publications in the field. According to the professor, these studies “areapparently grounded on certain observations made by a research group, which as far as we know, are not endorsed by studies conducted by this or any other research group and which would prove the reality of the statement.”

Professor and Chairman of Ophthalmology at the Miguel Hernandez University of Elche further adds that “we would like the scientific community to demand scientific evidence from the authors in order to support their assertion, for the benefit of everyone, in particular the authors´ patients.”

Moreover, appointed as academic of the Royal Academy of Medicine of Valencia (RAMCV), Dr. Jorge Alió, wonders whether “there is any use in discussing the possibility of demonstrating these results. Indeed, epidemiological studies of myopia are very difficult to do. The multifactorial nature of the defect, the variability of its appearance and its clinical course as well as other external variables which may affect the development, make it very difficult to form study and control groups which can affirm any information in this field; especially, taking into account the long evolution required to achieve demonstrable results.” In this regard, Alió says that “studies, conducted in Singapore, proved that near-vision tasks and outdoor activities increase the rate of myopia progression. These studies required tens of thousands of patients who were observed for more than 10 years to get conclusions, which are also have epidemiological support.”

“The whole scientific community, especially nearsighted patients, would benefit greatly from any scientific breakthrough which would allow us to gain a better understanding of myopia and in this way we could treat and even prevent it. However, we doubt that current evidence, as far as the supposed progress which these contact lenses represent, are something more important than the commercial impact they may have on sales of sunglasses and corneal lenses, ” concludes Dr. Jorge Alió, who has been recently presented with “ISRS Presidential Award” by the American Academy of Ophthalmology (AAO) for his dedication and contribution to the field of refractive surgery and the International Society of Refractive Surgery.