Dr. Alió enters the ESCRS Board obtaining the highest number of votes among all the candidates 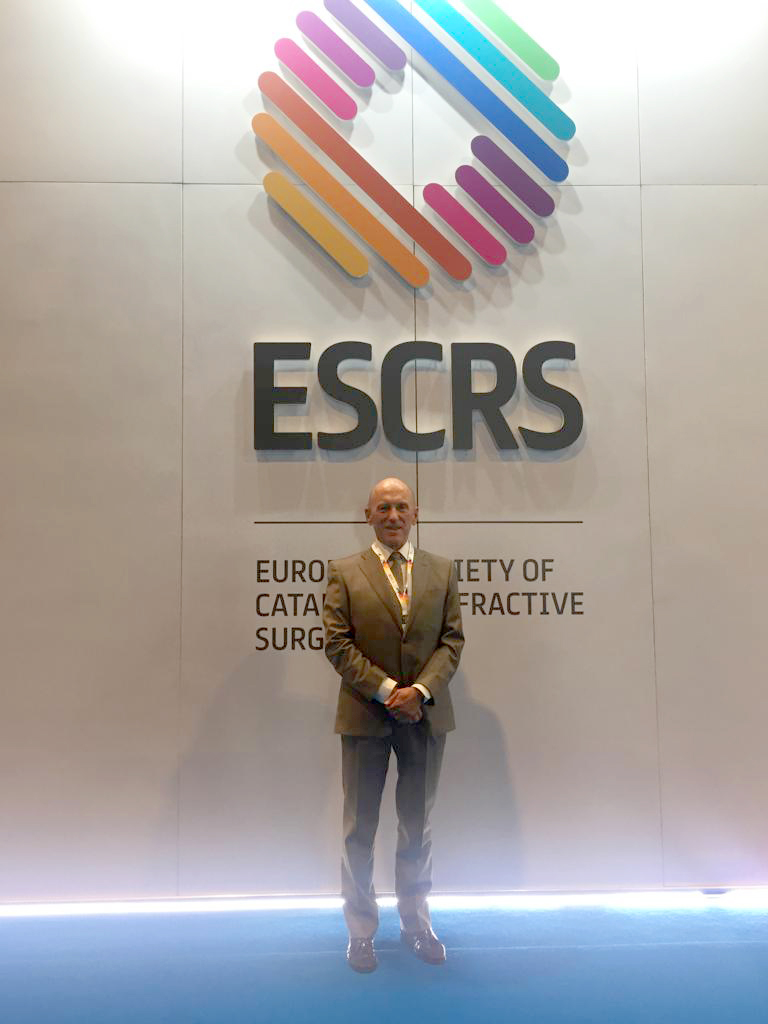 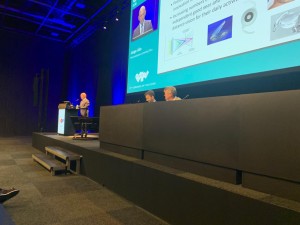 In the recent Board elections held at The European Society of Cataract and Refractive Surgeons (ESCRS) Dr. Jorge Alió has received the highest number of votes. In this way, Prof. Alió, the professor of Ophthalmology at the Miguel Hernandez University (UMH) of Elche, joins one of the most relevant executive bodies in the ophthalmological sector. He´ll begin to hold the position of Board member in February 2020.

The ESCRS Board elections are held every two years. The last voting opened in June and closed on 2 September. There were about 7,500 participants from 130 countries world-wide. Board members serve for a term of four years and can be re-elected for one additional four year term. Board members must have been a full member of the ESCRS for at least the last three consecutive years and in order to stand for election candidates must be nominated by five other full members of the Society.

When the elections were over, Jorge Alió, the Scientific Director of Vissum Ophthalmological Corporation, was announced a member of the ESCRS Board, along with four other important professionals such as Nic Reus, Filomena Ribeiro, Bruce Allan and Vikentia Katsanevaki. As from the ESCRS Annual General Meeting, which will take place in Marrakech, 21 to 23 February, Dr. Alió and the above-mentioned specialists will officially start holding their positions.

For his part, Dr. Jorge Alió played a prominent role in the scientific program of the 37th Congress of the European Society of Cataract and Refractive Surgeons in Paris in September, participating in 20 speeches and presentations every day of the event. Prof. Alió, the academic of the Royal Academy of Medicine of the Valencian Community (RAMCV), was the speaker who gave the largest number of presentations, directed courses, conferences, medical seminars and sessions on the advances and developments in techniques and methodologies to improve visual health. 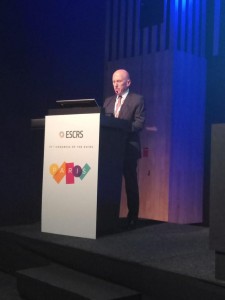 Jorge Alió MD, PhD, FEBO is Professor and Chairman of Ophthalmology, University Miguel Hernandez, Alicante, Spain, founder of Vissum Corporation, Spain and the Jorge Alió Foundation for the Prevention of Blindness. He is a high-volume surgeon in cataract, cornea and refractive surgery with over 50,000 surgeries performed. His main research interests include lens, refractive and corneal surgery. Pioneer in the area of multifocal, accommodative and toric IOLs, excimer laser refractive surgery, phakic IOLs and corneal regeneration surgery, he is author of over 563 peer review papers, 367 chapters, 93 books; extremely active at congresses with lectures and courses; 2018 Hirsch factor (h-factor) of 60 (Scopus); LXIII chair of the Academia Ophthalmologica Internationalis; XLIX chair of the European Academy of Ophthalmology; and has received over 103 international and national awards. He is creator and Director of the online course Scientific Methodology in Refractive, Cataract and Cornea Surgery (University Miguel Hernandez). Fellows from all over the world come to his research facilities to be trained under his supervision.

He has recently entered the ‘Forbes’ list of the 100 best doctors in Spain, being one of the six Spanish ophthalmologists. Moreover, Dr. Jorge Alió, has been ranked twelfth among the world’s most influential ophthalmologists. The list of 100 professionals, entitled ‘The Power List 2018’, was drawn up by the British magazine ‘The Ophthalmologist’, one of the most prestigious publications in the field.