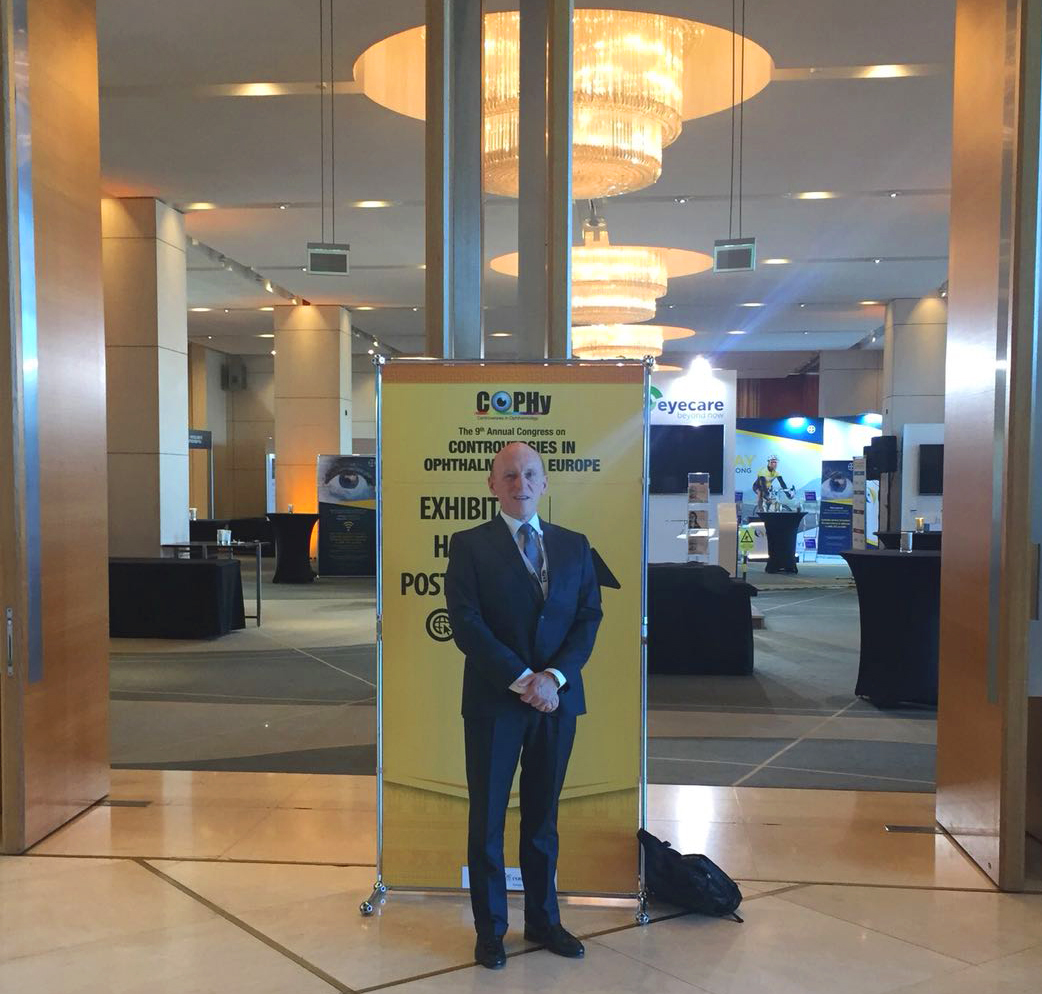 Dr. Alió gave several presentations on the anterior segment, glaucoma and retina at this European event, which was held from 22 to 24 March. 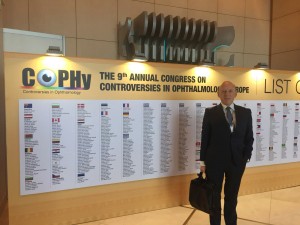 Doctor Jorge Alió was one of the main organizers of the ´9th Annual Congress on Controversies in Ophthalmology: Europe (COPH and UE)’, which took place in Athens from 22 to 24 March. Dr. Alió attended the event in order to share his experience and to learn about the latest news in ophthalmology. Jorge Alió collaborated in the organization  of this European event, which was dedicated to discussing the evidence provided by moderators, speakers and audience, who had examined and analyzed the most relevant and controversial issues in the field of ophthalmology in 2017 and 2018.

The academic of the Royal Academy of Medicine of the Valencian Community (RAMCV), spoke about the anterior segment in cornea and refractive surgery. Moreover he participated in the debate entitled ‘ Dry eye syndrome is usually treated using artificial tears instead of therapies of prescription. ‘ (‘ El tratamiento del ojo seco suele hacerse con lágrimas artificiales en lugar de terapias de prescripción’)´.  In addition, Jorge Alió, the professor at the Miguel Hernandez University of Elche (UMH), discussed controversies in other areas of ophthalmology, such as neuro-ophthalmology, ocular imaging, and uveitis.

Futhermore, Jorge Alió was the leading author in the prestigious journal Ophthalmology Times Europe (distributed at the congress), thanks to his article ‘Cellular therapy of the corneal stroma: Real approach or science fiction?’. The publication devoted to the study that Dr. Alió and his collaborators are carrying out with extraocular mesenchymal stem cells, which could be an alternative to classical cornea transplantation.

The great success of the previous eight COPHyEU Congresses, held across Europe in Prague, Barcelona, Istanbul, Budapest, Lisbon, Sorrento, Warsaw and Madrid, as well as the enthusiastic feedback received from the most recent Congresses, confirmed the need for proceeding with the 9th edition of this dynamic Congres.