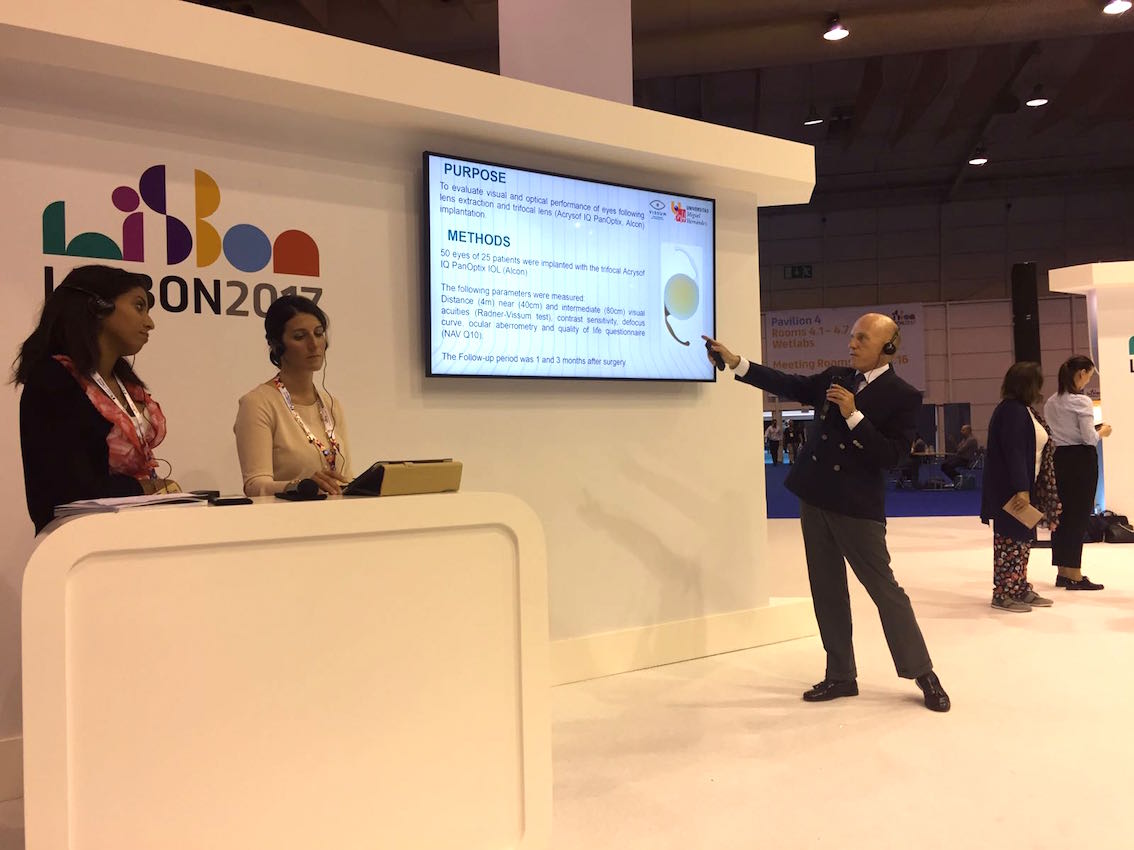 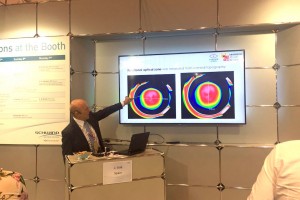 Lisbon hosted the 35th Congress of the European Society of Cataract and Refractive Surgery (ESCRS) and the 8th European Cornea Congress.

Dr. Jorge Alió continues playing an important role at different European meetings and conferences for ophthalmology professionals. This year he has already given 20 speeches, while his team from Vissum and Miguel Hernandez University of Elche (UMH) has presented 37 research projects. This time Jorge Alió, the professor of Ophthalmology at the Miguel Hernandez University of Elche, has participated in two most important meetings on vision care in Europe: 8th European Cornea Congress, held on 6th – 7th October, and 35th Congress of the European Society of Cataract and Refractive Surgery (ESCRS), held on 7th – 11th October. Both meetings took place in Lisbon.

With the objective of forming, updating and discussing new advances with the best surgeons in ophthalmology, specifically in refractive, corneal and cataract surgery, Jorge Alió has participated in several presentations on intraocular lenses, keratoconus stem cell therapy, intrastromal corneal ring segment (ICRS) implantation and astigmatism and myopia correction. Also he has taken part in training courses on femtosecond laser in keratoconus surgery, as well as techniques of corneal keratopigmentation.

Moreover, Dr. Alió has participated in a number of panel discussions devoted to topics such as Hyperopic-LASIK (laser in situ keratomileusis), and has performed comparative analysis sessions in order to evaluate visual performance of two multifocal intraocular lenses, among others. In addition, he has attended other panel discussions during which live surgeries were performed to show the theoretical knowledge in a more didactic and practical way. During these congresses Dr. Alió´s role was that of an expert in different activities devoted to multidisciplinary analysis of the new techniques, as well as the most up-to-date technology.