Dr. Alió has been recognized for his work by the Dominican Society of Ophthalmology. 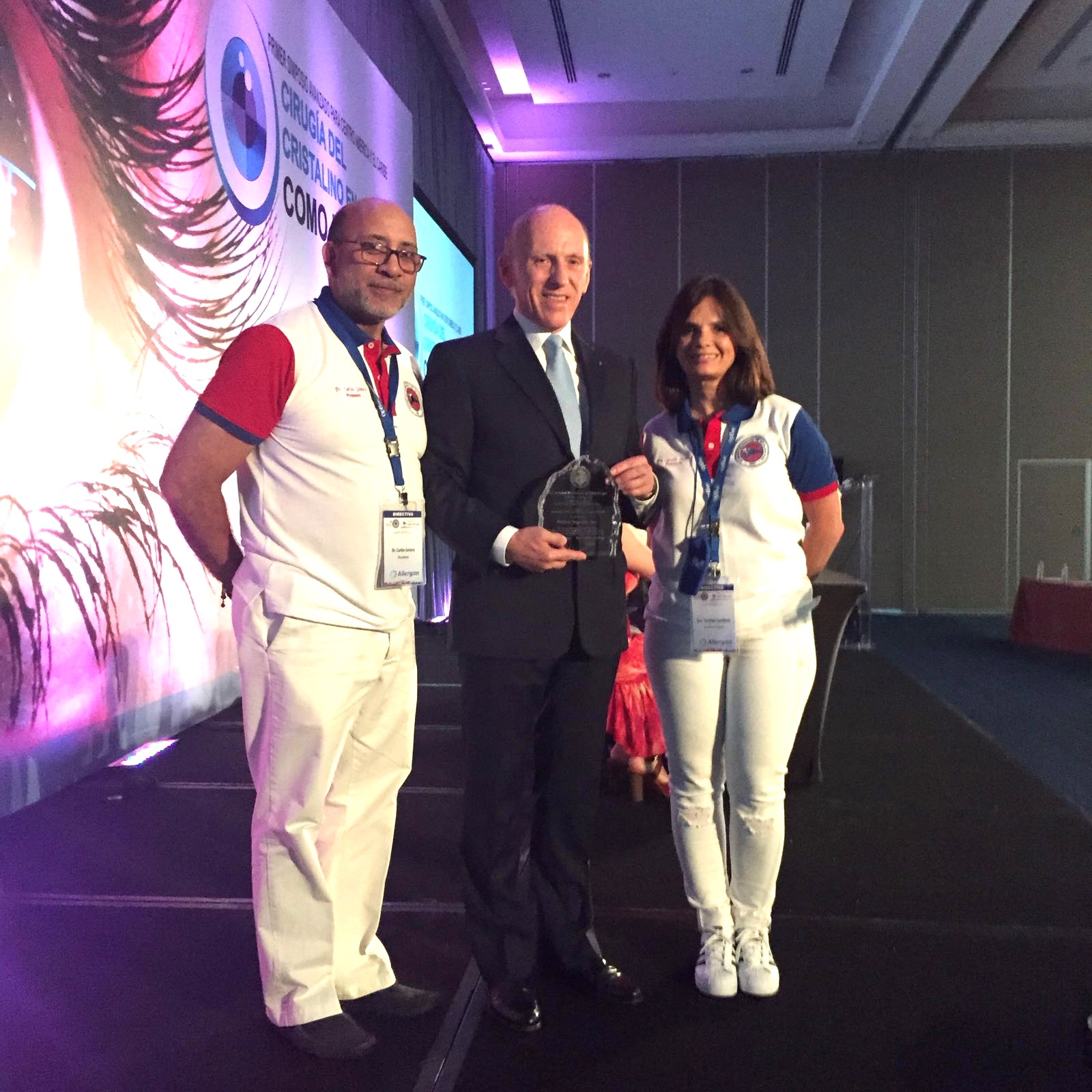 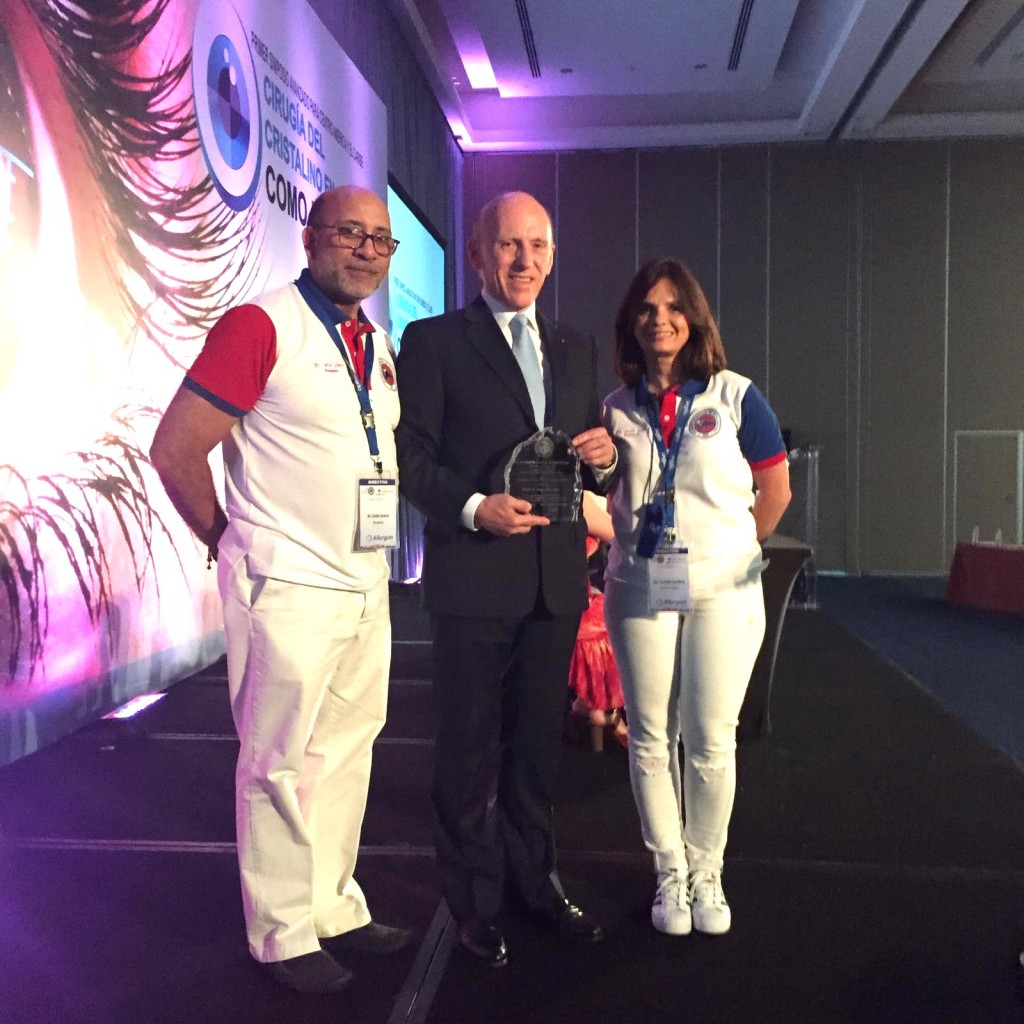 Dr. Jorge Alió has received a new recognition for his work in the field of refractive surgery and cataract, by being presented with the Annual Award from the Dominican Society of Ophthalmology. The award was personally delivered by its president Carlos O. Gómez. The ceremony took place at the Hard Rock Hotel & Casino Punta Cana, during the 49th Annual Meeting of the Dominican Society of Ophthalmology, which was held from 16 to 19 June. This is a new award that recognizes the broad experience, for which Dr. Jorge Alió has been recently ranked tenth among the world’s most influential ophthalmologists. The list of 100 professionals, entitled “The  Power List 2016”, was drawn up by the British magazine ‘The Ophthalmologist’, one of the most prestigious publications in the field.It should be mentioned that at this meeting the founder of Vissum ophthalmological institute in Alicante delivered a speech, entitled  “Zato Gómez de Liaño” and participated in the First Advanced Symposium in 2016 on lens surgery in Central America and Caribbean, which was held from 16 to 18 June, in conjunction with the 49th Annual Meeting of the Dominican Society of Ophthalmology.

Appointed as academic of the Royal Academy of Medicine of Valencia (RAMCV), Dr. Jorge Alió held several conferences on the second day of the symposium, such as “Refractive Lensectomy in  myopic patients” (“Lensectomía refractiva en la myopia”), “Bilensectomy – how to perform, how to avoid complications” (“Bilensectomia, cómo hacerlo, cómo evitar complicaciones”) and “How to prescribe and succeed at multifocal IOLs surgery” (“Cómo indicar y obtener éxito con LIO multifocal”).

Furthermore, Dr. Jorge Alió, who has been presented with “ISRS Presidential Award” by the American Academy of Ophthalmology (AAO) for his dedication and contribution to the field of refractive surgery and the International Society of Refractive Surgery, was one of two Spaniards attending the congress, which served as a meeting point for professionals not only from the Dominican Republic, but also from other countries such as Brazil, Chile, Colombia, Costa Rica, Ecuador, Mexico and Panama.