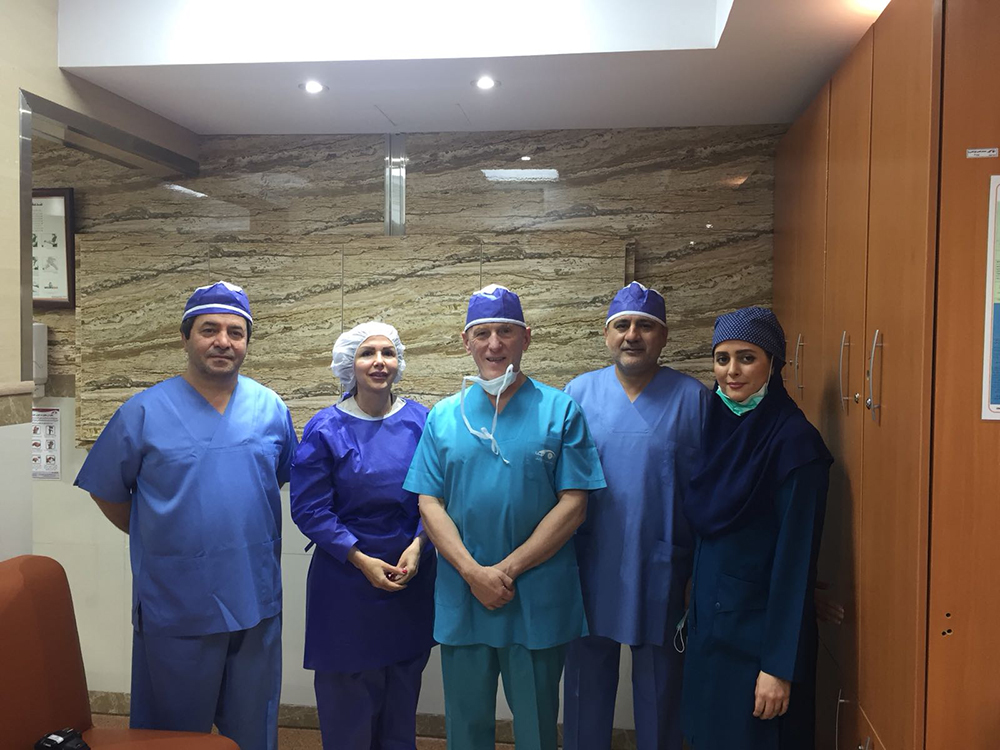 About 70 ophthalmologists from the largest university hospital in the Middle East had the opportunity to learn this innovative technique created by Dr. Alió.

The main objective of the First International Course on Keratopigmentation carried out by Dr. Jorge Alió in Tehran was to train Iran’s best ophthalmologists in corneal pigmentation.  It is an innovative technique for eye colour changes for cosmetic or therapeutic reasons, which was developed by Jorge Alió, Professor of Ophthalmology at the Miguel Hernandez University of Elche. According to Dr. Alió, “having a major professional impact the course was a great success. It was the first time that this technique was used in the area, because of its novelty. And it opens door for new treatment of patients with intractable eye problems with marked damage and cosmetic or functional alteration of the eye. ”

In such a way, about 70 ophthalmologists from the Faridi Eye University Center and Bina Eye Hospital, the largest university hospital in the Middle East with almost one million patients attended each year, were able to learn this modern technique in the ‘Corneal Pigmentation’ course, which was given in two days via Web Lab.

The first day, Jorge Alió taught about selection of pigments, keratopigmentation techniques, indications and contraindications, as well as clinical keratopigmentation. The second part of the course, entitled ‘Victus Femtosecond Laser Assisted’, was delivered by the distributor of ophthalmological products Fajre Shahed Co. In it the attendees learned about ‘Surgery of cornea transplantation’ by Dr. Ramin Salouti, and the ‘Cataract Surgery’ by Dr. Sayed Mohammad Ghoreishi. Moreover, seven surgeries were performed live to show different types of indications for treatment, such as the cosmetic-therapeutic, the functional-therapeutic and the purely cosmetic. 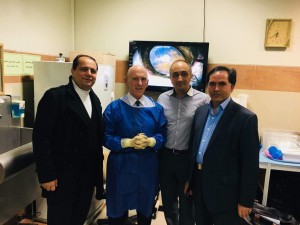 It should be reminded that Jorge Alió, the founder of Vissum Ophthalmological Institute of Alicante and the academic of the Royal Academy of Medicine of the Valencian Community (RAMCV), published ‘Text and Atlas on Corneal Pigmentation’, the first book in the world devoted to keratopigmentation and directed to eye care specialists. This publication is a world novelty when talking about corneal pigmentation, a technique developed in Alicante by Jorge Alió. The sample, which consists of three sections, makes a complete review of keratopigmentation, including clinical results and histopathological safety and surgical treatments. It is an ideal resource for ophthalmic surgeons, specialized in the cornea, who want to update their knowledge about keratopigmentation. The book has the collaboration of Dr. Maria Alejandra Amesty from the Moorfields Eye Hospital in the United Kingdom, the specialist in biology and microbiology Alejandra Rodriguez, Vissum researcher, and Dr. Mohamed El Bahrawy, also from the Vissum clinic.