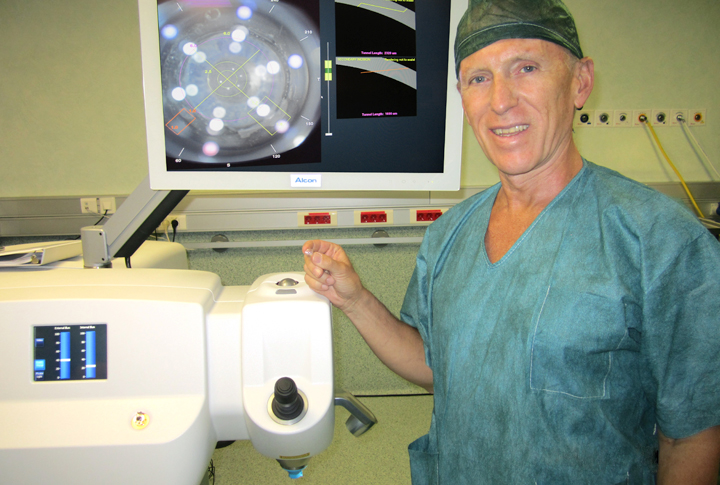 Dr. Jorge Alió, the scientific director of the Vissum Ophthalmology Clinics (Miranza Group), stated that this rare eye disease could be avoided by early diagnosis

On the occasion of World Rare Disease Day, celebrated yesterday, Sunday 28th February, Dr. Jorge Alió warned that keratoconus is the leading cause for corneal transplant surgery in young people.

This rare eye disease, which deforms cornea, affects 1 out of every 2,000 people, “although today we think that it has a much higher incidence, especially in countries with mild climates such as Spain and the areas in the Mediterranean basin,” said Jorge Alió, the scientific director of the Vissum ophthalmology clinics (Miranza Group) and professor of Ophthalmology at the Miguel Hernández University (UMH) of Elche. “Many cases could be avoided by early diagnosis of the pathology, which could allow the application of less invasive treatments such as crosslinking, which effectively stops keratoconus before it reaches advanced stages,” he added.

Keratoconus is the most commonly treated at the Miranza clinics. About 2,500 patients have been treated in the last five years at Vissum and IMO Grupo Miranza. Around 75% of patients are diagnosed before the age of 25, because the younger the patient is when contracting the disease the higher the risks are that it progresses more aggressively. Thus, these severe cases are those that may require transplant surgery when an increase in corneal curvature results in vision loss that cannot be corrected with glasses or contact lenses.

In order to avoid such an extreme situation, Jorge Alió recommends avoiding rubbing your eyes, something that children and teenagers do a lot. This action is known to be one of the disease triggers, along with genetic predisposition, as in many cases this disease affects several members of the same family.

Dr. Alió is one of the most experienced researchers in this field, according to the international biomedicine ranking ‘Expertscape’. As for keratoconus detection in the early stages, Dr. Alió explains that “the only way to do it is through a complete eye examination, which includes tests such as topography”. Thus, keratoconus can go unnoticed and patients may think that there is a problem with their glasses prescription, “however, a sudden appearance or increase in astigmatism is a clear symptom that should prompt a visit to an ophthalmologist,” he added.