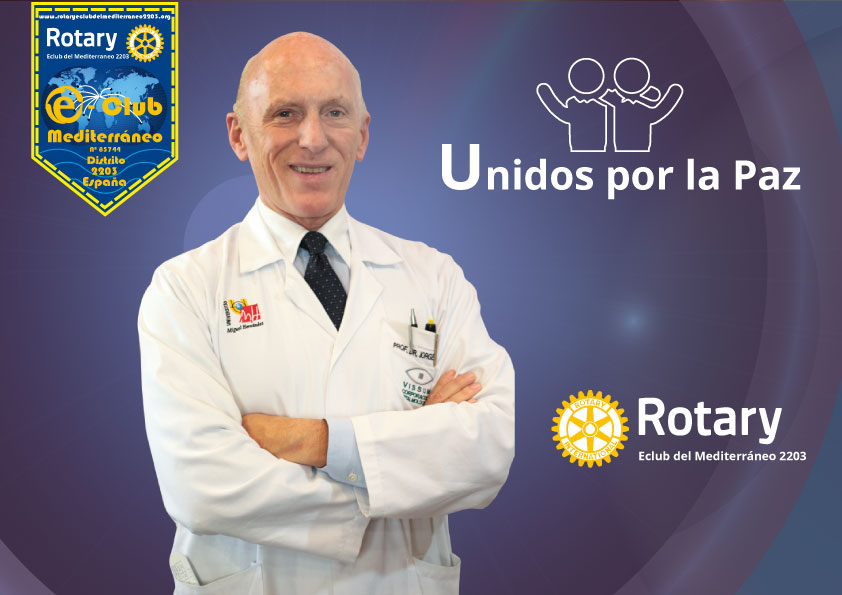 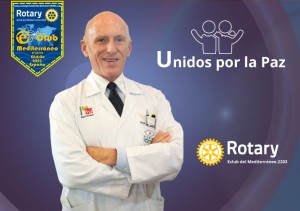 Dr. Alio was chosen for his attitude, commitment and involvement in solidarity actions which promote peace in the world

The members of the Rotary E-Club Mediterraneo decided unanimously to award the ‘Unidos por la Paz 2019’ prize to Dr. Jorge Alio, a rotarian from the club in Alicante, as he is “considered to be one of the best ophthalmologists in the world”, according to the club. The award ceremony will take place on 29th June, 2019 at 9:00 pm, at the restaurant Morote de Callosa de Segura, coinciding with the ceremony of changing of the entity necklaces. Jorge Alio, the professor of Ophthalmology at the Miguel Hernandez University (UMH) of Elche, was chosen “for his attitude, commitment and involvement in solidarity actions which promote peace in the world and which are aimed at the well-being of children through the Jorge Alio Foundation, that develops numerous solidarity projects such as the Nouadhibou Vision Project for the prevention of blindness in Mauritania, as well as other humanitarian collaborations like the one which has been recently started in Iraq “.

The Nouadhibou Vision Project of International Cooperation was created in 2007 by doctor and professor Jorge L. Alio. Thanks for this project the first ophthalmological hospital in the north of Mauritania has been built and now provides healthcare to the population.

Rotary is the largest volunteer organization in the world composed of leaders, men and women, united by the same values ​​of friendship, tolerance, solidarity and peace, as well as with the same desire to promote the common good and goodwill.