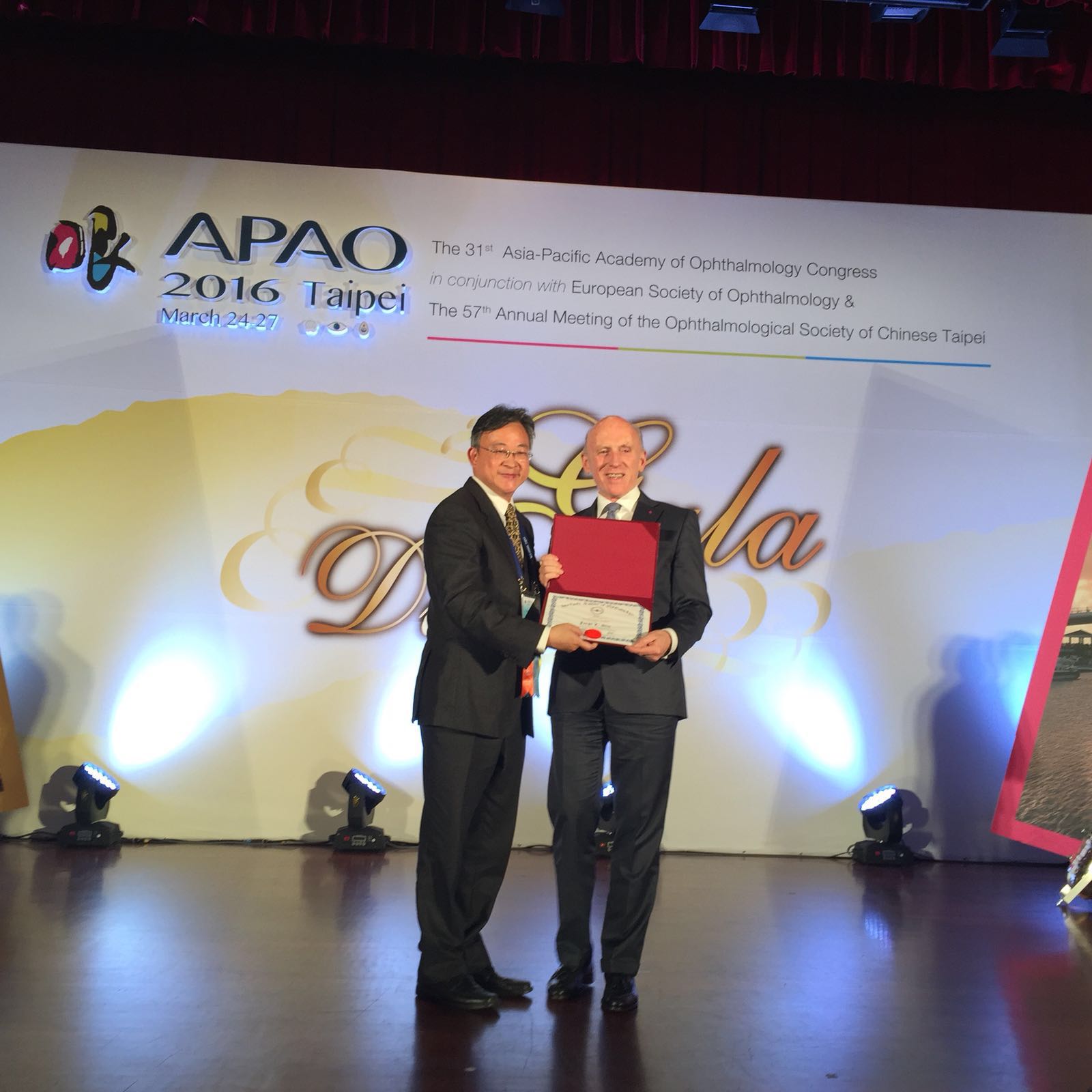 Appointed as academic of the Royal Academy of Medicine of Valencia (RAMCV), Dr. Jorge Alió, attended the 31st Congress of the Asia-Pacific Academy of Ophthalmology (APAO), which was held in Taipei (Taiwan) on March 24 – 27, 2016, in conjunction with the 57th Annual Meeting of the Ophthalmological Society of Chinese Taipei. At this event he was awarded the ‘Achievement Award’ presented by Clement Tham, Secretary-General of APAO Council. It should be mentioned that Dennis Lam, the president of APAO, was also presented at the congress, as well as other professionals such as Ronald Kruger, the president of the International Society of Refractive Surgery.

The creator of the concept of microincisional cataract surgery (MICS) participated in the 31st Congress of the Asia-Pacific Academy of Ophthalmology (APAO) by delivering fifteen reports on the latest keratopigmentation techniques, surgical alternatives for presbyopia correction and femtosecond laser assisted cornea graft surgery, the innovative regenerative corneal surgery, which has been being investigated in Alicante, among many other topics. Moreover, he chaired and participated in different meetings.

Furthermore, Dr. Jorge Alió, who has been recently presented with “ISRS Presidential Award” by the American Academy of Ophthalmology (AAO) for his dedication and contribution to the field of refractive surgery and the International Society of Refractive Surgery, had an opportunity to come into contact with professor Wang Quyn Mey, as well as Ayon Yu, chief editor of the journal “Eye and Vision”, of which Jorge Alio has been appointed an associate editor.