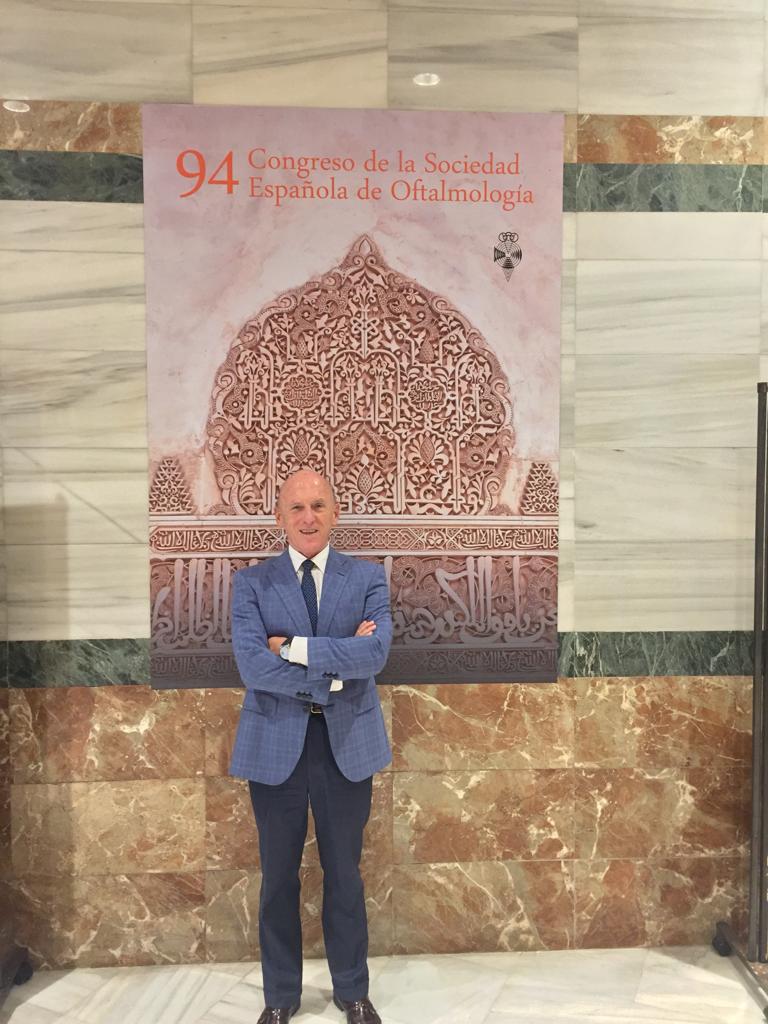 Jorge Alio attended this event, devoted to visual health, to update his knowledge and to offer courses on therapeutic refractive surgery and keratoconus 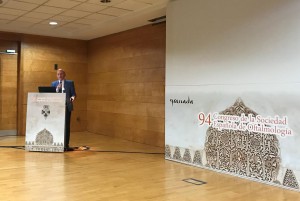 The 94th Congress of the Spanish Society of Ophthalmology was held in Granada, from September 26 to 29, 2018. Jorge Alio participated in the new edition of this national event devoted to visual health. He offered several courses on therapeutic refractive surgery and keratoconus treatment. In addition, he participated in meetings and discussions with other professionals to update his knowledge.

In this way, Jorge Alio, the professor of Ophthalmology at the Miguel Hernandez University (UMH) of Elche, offered a course called ‘I have a new case of keratoconus in the consultation: what can I do?’. The course is devoted to this pathology, as well as it presents information about the RETICS classification and the Oftalred neutral network to guide the implantation of intracorneal segments. To create the course, Jorge Alio, the academic of the Royal Academy of Medicine of the Valencian Community (RAMCV), collaborated with Dr. Miguel Maldonado, Dr. Joaquim Murta, Dr. Ramon Gutierrez and Dr. Rafael Barraquer.

Regarding the second course, Jorge Alio gave a presentation on refractive surgery after keratoplasty, talking about such topics as corneal therapeutic refractive surgery; the ‘customized’ treatments: planning and calculation; the ‘irregular astigmatism’  treatment using transepithelial PTK followed by wavefront-guided laser ablation (after corneal trauma) related or not to corneal cross-linking techniques (after congenital ectasia) and previous keratorefactive surgery: radial and astigmatic keratotomy, LASIK, etc. He also spoke about the advantages of excimer laser procedures centered on the visual axis over the keratoplasty techniques centered on the pupillary center.

Dr. Alio, the scientific director of the Ophthalmological Clinic Vissum, also participated in the panel discussion to share his view on the importance of lifelong learning, research and publications, as well as the altruistic activity carried out by NGOs. It should be reminded, that Jorge Alio is a founder of the Jorge Alio Foundation for the Prevention of Blindness, which performs humanitarian actions, such as project ‘Vision Nouadhibou’, which is devoted to the construction of the first eye hospital in Mauritania; as well as cultural initiatives such as the Painting Competition ‘Miradas’ which aims at raising public awareness of the importance of eye health and blindness prevention through art.

Dr. Jorge Alio was ranked twelfth among the world’s most influential ophthalmologists in the list of 100 professionals, entitled ‘The Power List 2018’ drawn up by the British magazine ‘The Ophthalmologis’. Moreover, he published an article ‘Cellular therapy of the corneal stroma: Real approach or science fiction? ‘ in the prestigious journal ‘Ophthalmology Times Europe’. The article is devoted to the research, carried out by the doctor and his collaborators, into extraocular mesenchymal stem cells, which could be an alternative to the classical cornea transplantation.